Hey all
I've been bad about my IF posts the last month or so. I am currently working on new picture book project though staring my precocious badgers, Tic and Tac so I decided to do some practice sketches of them based on recent IF topics. I've done a couple for this week's "tree" theme as well as the catch up entries. Enjoy! 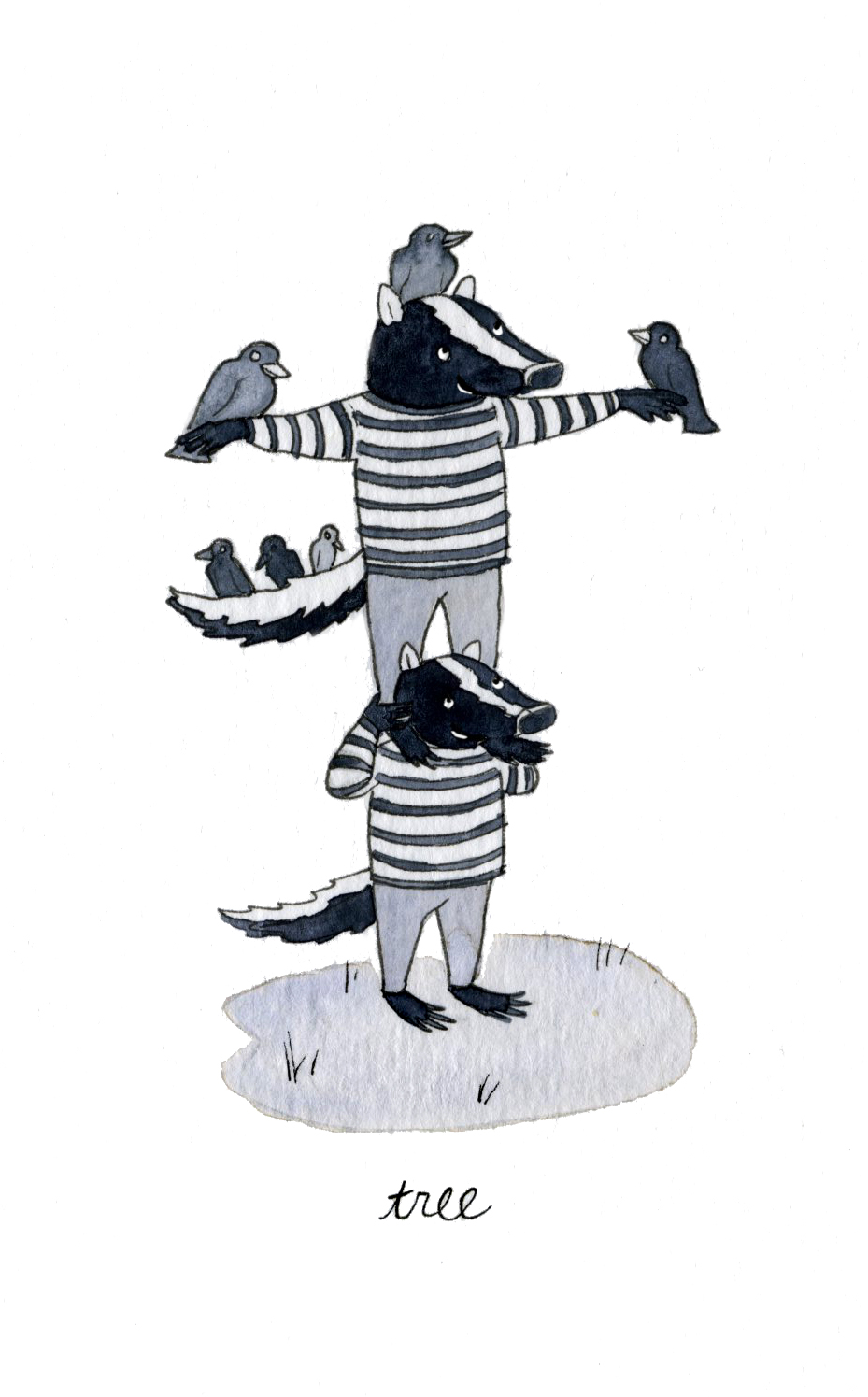 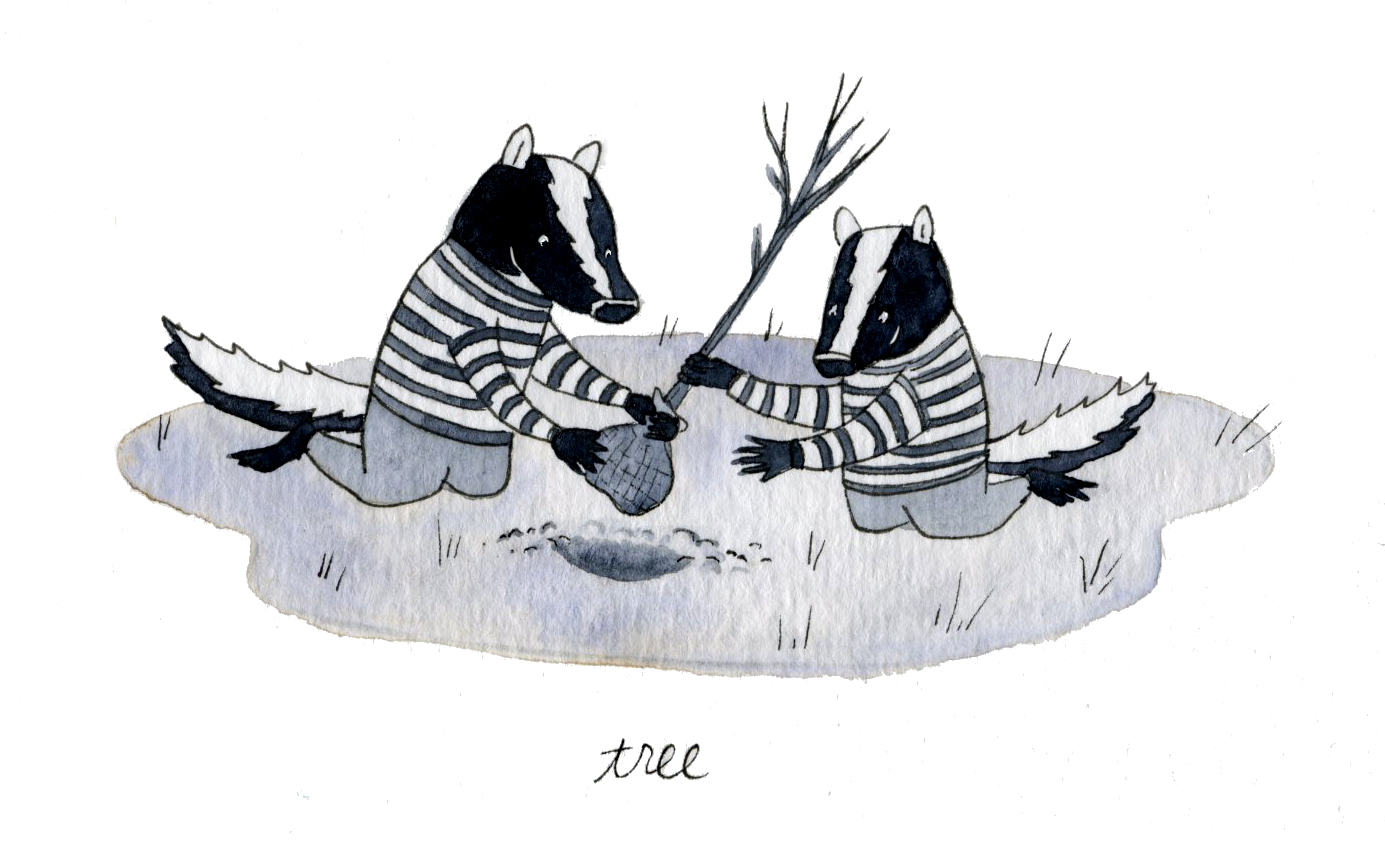 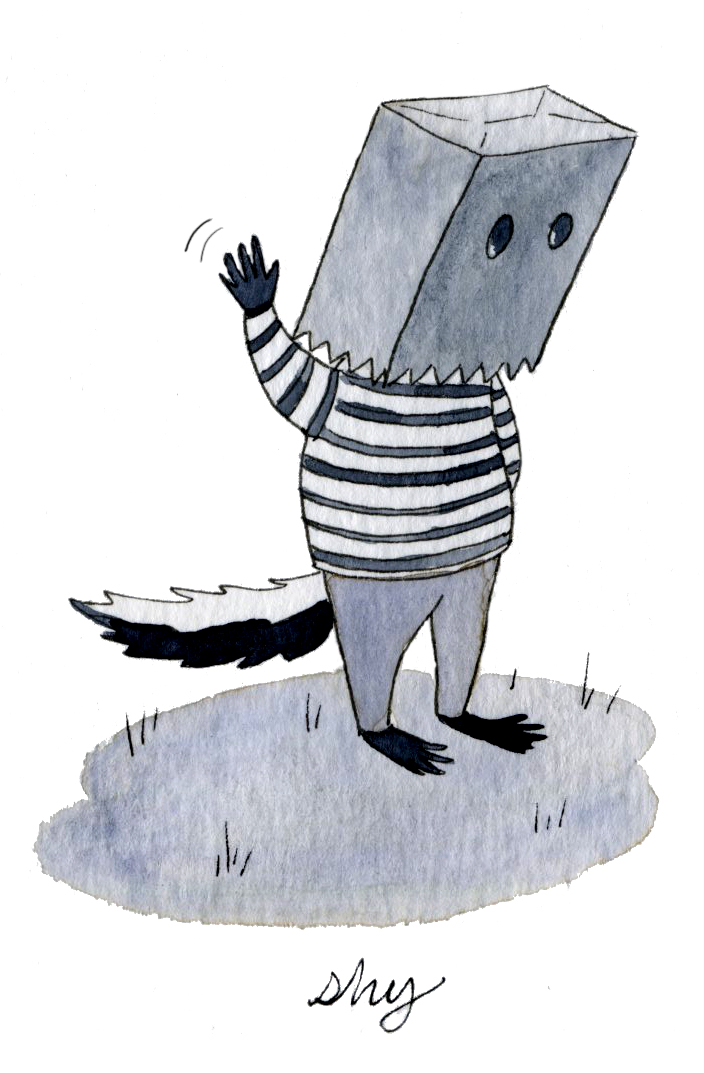 Hey thar!
Here is the piece that I was planning on submitting for the Tomie dePaola award through SCBWI. 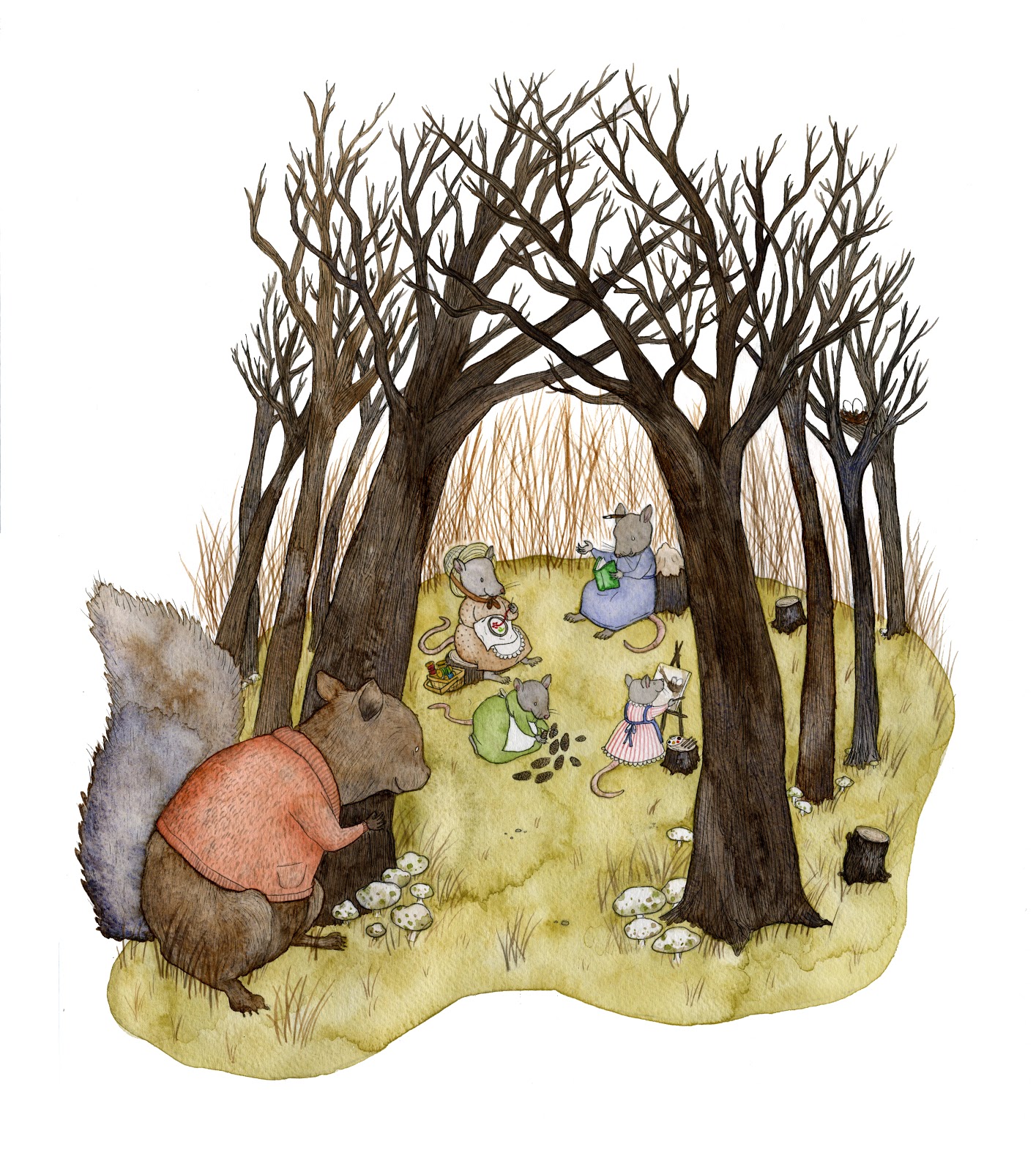 It's based off of a passage from Little Women. It's from one of my favorite scenes in the book. I really love how it turned out! Unnnnnnnnnfortunalty, I was SO excited about the painting, I forgot that it's supposed to be in black and white! Oops! Back to the drawing board! Oh well. At least I have another really lovely painting I'm pleased with. Any thoughts before I start over in black and white?
Posted by Jessixa Bagley at 9:49 PM 1 comment:

Hey all,
Today was a sublime autumn day! Morning at the Farmer's Market, a crisp fall walk down to the Pugeot Sound and topped off with some yummy Molly Moon's Ice Cream. But in between all of that I did lots and lots of painting! Yay! The perfect day!

I wanted to share some of my recent paintings for one of my current book projects "Drift." I posted some test paintings a while back, but have some finished pieces I thought I'd post a few. "Drift" is about a little beaver, Buckley, who makes boats out of driftwood. I fell in love with getting to paint all of that wood. So take a peek and enjoy. I'm off to paint and draw some more! 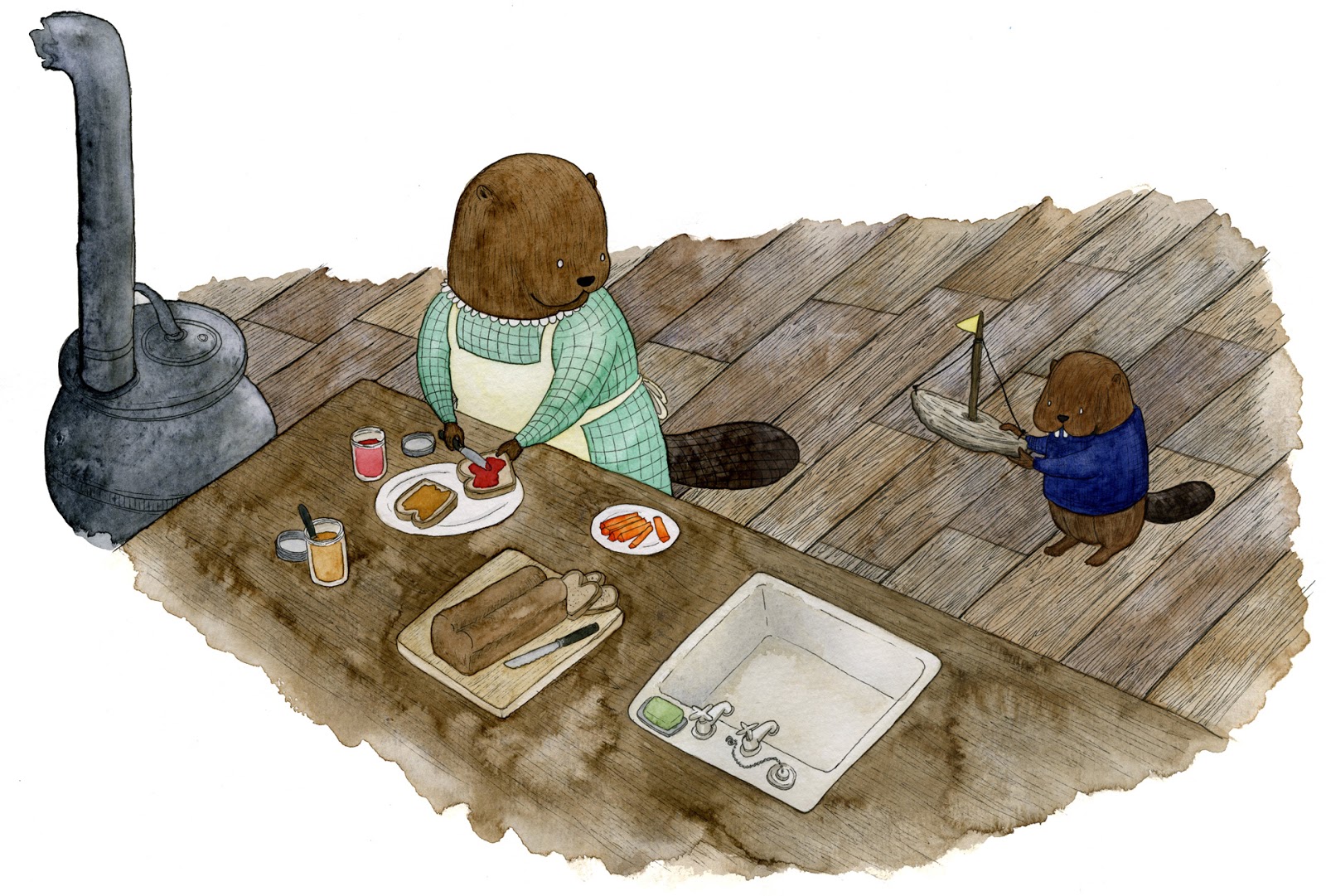 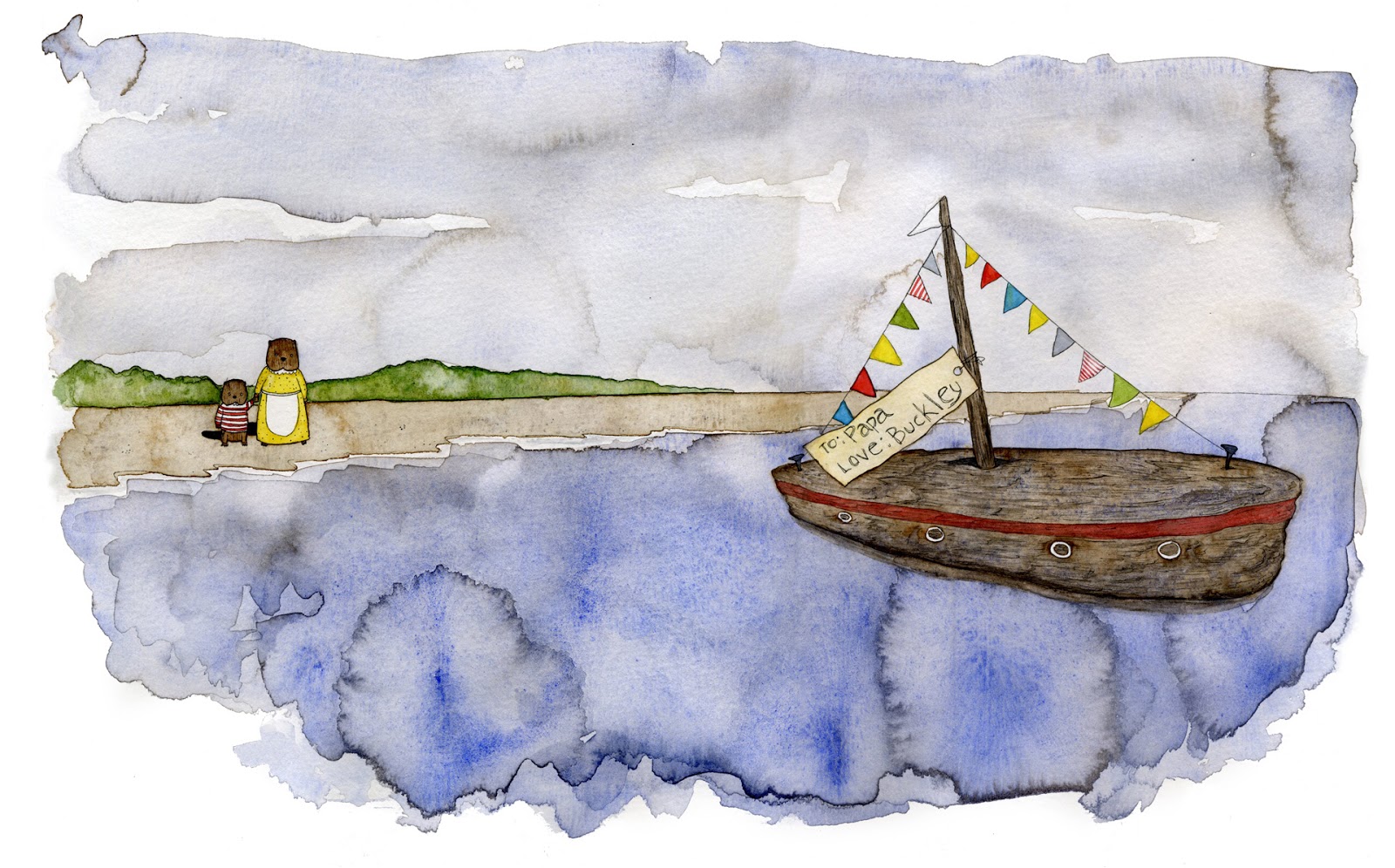 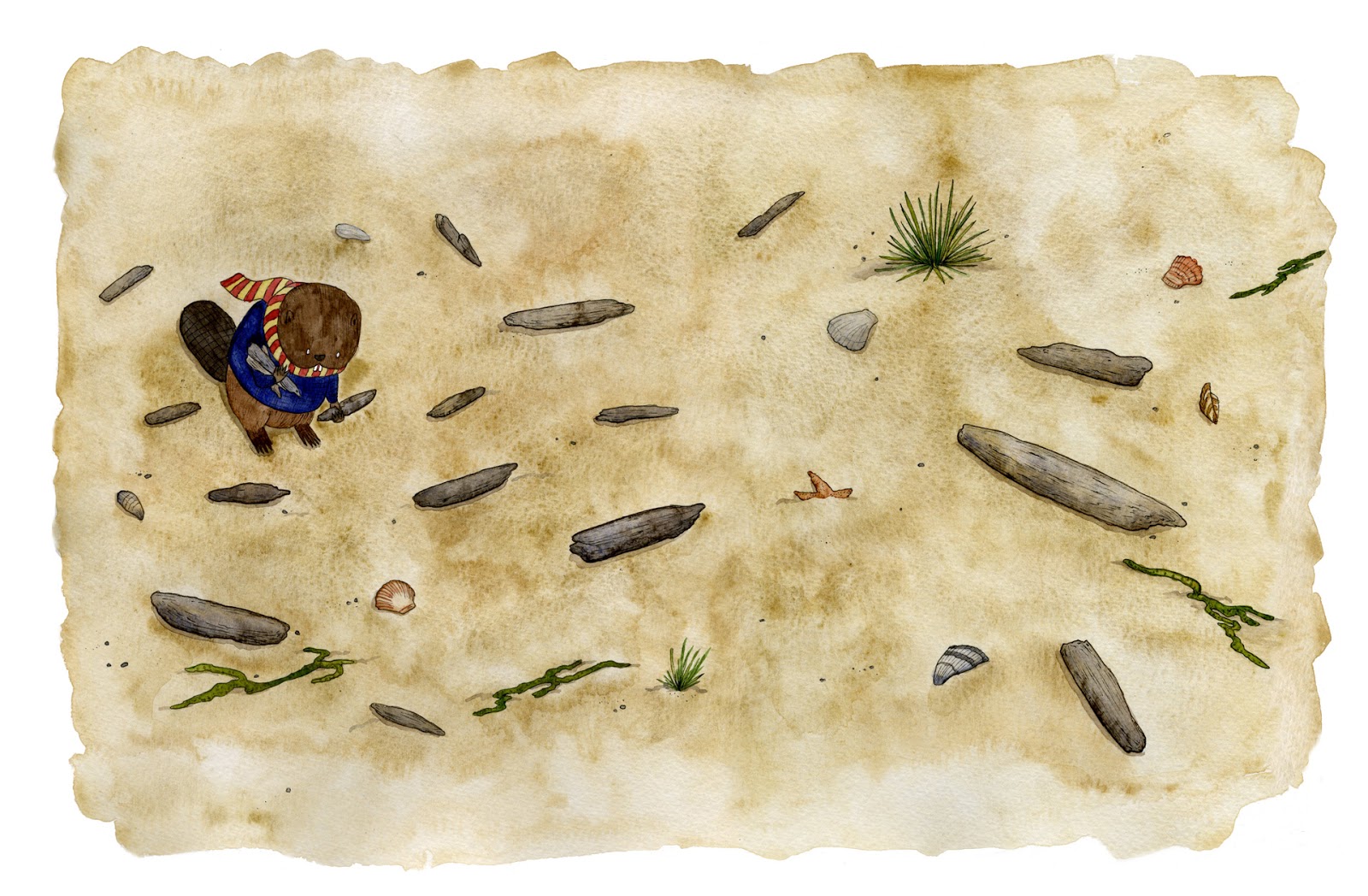 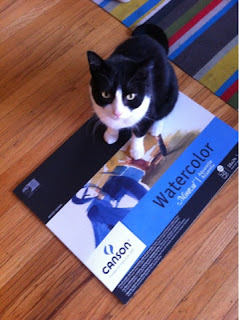 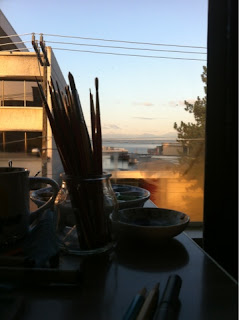 Hey Everyone!
Just a quick check in! I have had quite and inspired week and hopefully that will lead into an even more productive weekend! My lovely husband picked up my much needed giant watercolor paper. This stuff is so big I think I can fit at least four more cats on it. What do you think?

First a shout out to my friend Brooke Boyton Hughes for the announcement of illustrating her first picture book for famed author Angela Diterlizzi!!! Shut the front door! I'm so thrilled for Brooke. She has an amazing style and she's a pretty rad person too boot. Check out her work! And just congrats Brooke!

Last night was the monthly SCBWI meeting with great speakers! Lisa L. Owens gave a very helpful talk about finding your voice and that basically our voice of who we are was formed at a very early age. My voice age is seven and a half. I was big into Pee Wee Herman, Richard Scary, and drawing. So It was helpful to hear her advice on how to connect with that voice.

Another great speaker was the infamous Ben Clanton! How lucky was I to get to go to that, right?! He gave an AMAZING (and very funny) presentation on how to write great read aloud picture books. I was really into this topic. I have a tendency to draw more quiet illustrations but I LOVE humor and interactivity in picture books and he talked about how fusing these things into your work will make your book a for sure re-reader! Thanks for all the tips, Ben!

I'll post my progress on my Tomie dePaola Award piece I'm working on, as well as my latest picture book thumbnails and some paintings from my latest complete submission!

Phew!
jx
Posted by Jessixa Bagley at 10:21 AM No comments: 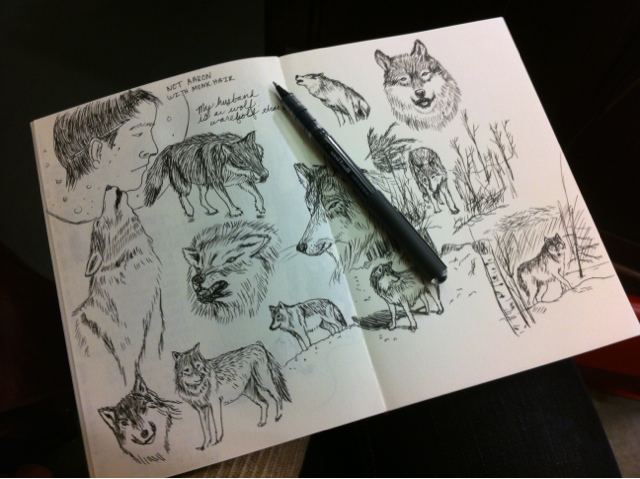 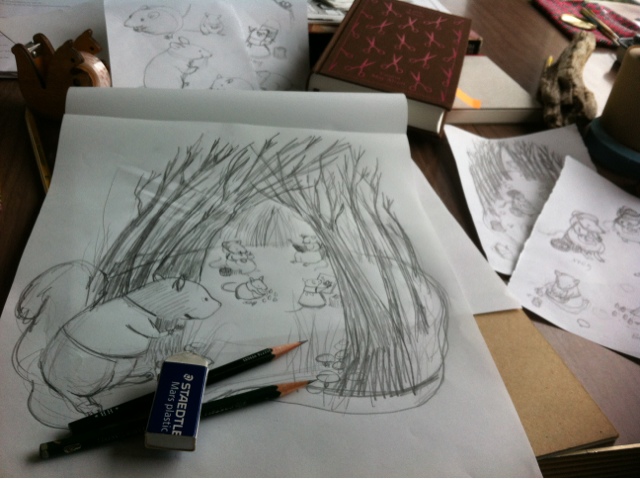 Howdy folks!
This weekend has been jam packed with inspiration and drawing! Two of my favorite things. First it started off with attending Short Run. The Seattle small press show featuring mostly comics and some zines. I was there for over four hours and it wasn't enough time to see it all. I love making comics and have had a long break from making minis due to trying to devote all my comics time to my graphic novel. But I was sooooo inspired to get back into making smaller one off comics that I've got some big ideas hat I know I won't be able to shelf for long. My goal for 2013 is to have a table at Short Run with a some new comics and perhaps even segments from my graphic novel. I'm thrilled. I just need to find about 20 more hours a week to get all my stuff done! No problem though, right?

I've also been making some preliminary sketches for an illustration I'm submitting for the Tomie dePaola competition through SCBWI. This award includes a full paid trip and entrance to the winter conference in New York. I REALLLLLLLY want to go to this and would be so honored to win the award. So I'm going to try very hard to submit the best illustration possible.

Lastly, I've been working on another picture book concept. I'm in the early stages of re-writes and thumbnails, but it feels good to be writing stories that really connect to my visual language, which I've had trouble doing in the past. I'll post more on that as it comes but I will just say this, it involves my two favorite badger brothers Tic and Tac!

I know all of this sounds like a lot, but I just can't pass up inspired ideas when they present themselves to me. I also think adding more fun and unrestricted comics work is just what I need to help with my storytelling and illustration with my picture books as well as my graphic novel.

So much to do! But so excited to do it all!