Hey all
I've been pretty busy with my current book projects as well as some personal things, but I've been wanting to explore some city images lately so I made some time this week to experiment. I've been doing some small sketches in my sketchbook of my little woodland creatures hitting the city. Here is an idea that I had of a city full of foxes. (Which is getting me thinking about a story of a city of foxes and perhaps a naive chicken wanting to make it in show business decides to head to the big city to get her start...hmm, perhaps there is something there!) 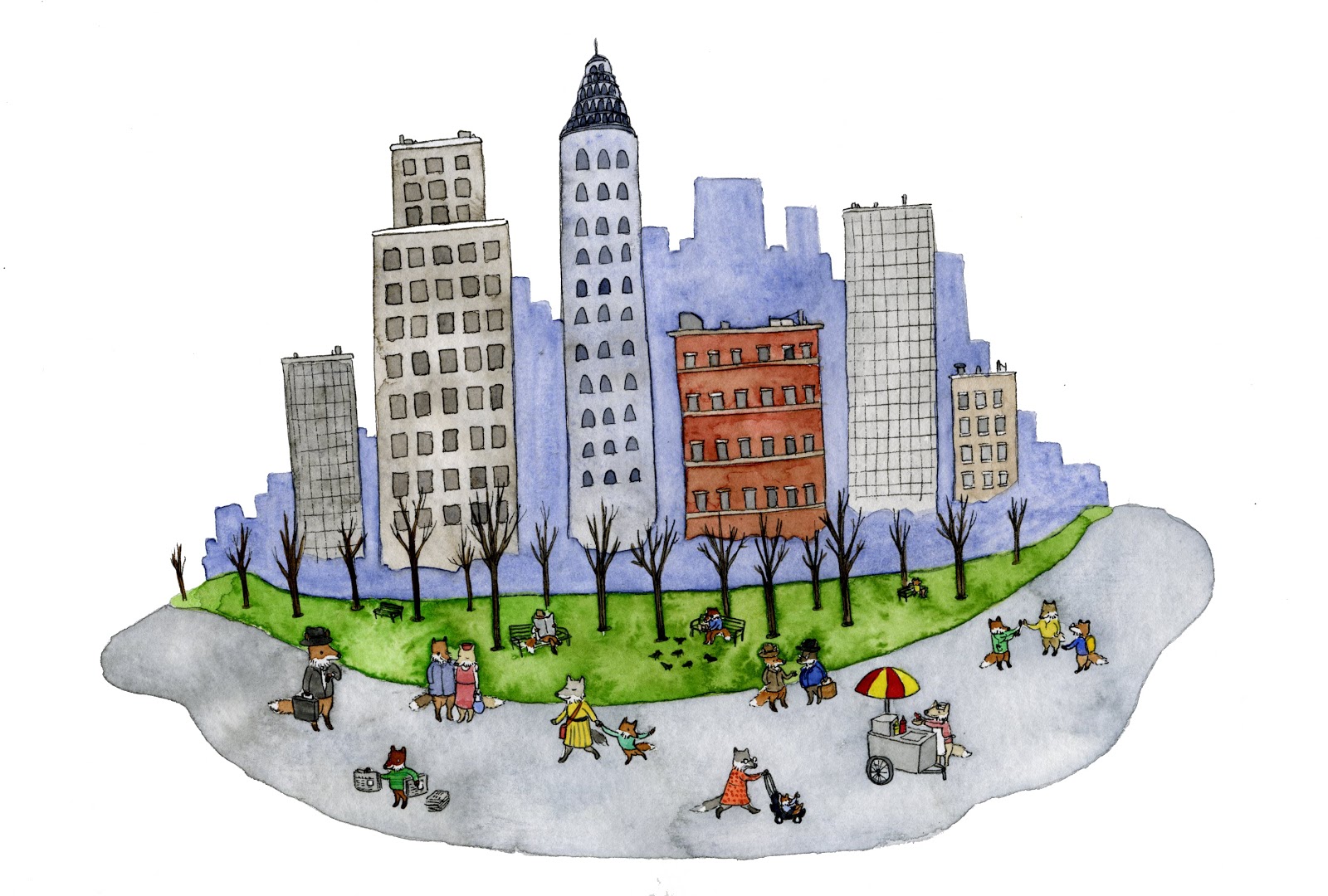 Anyway, I wanted to explore some variations on color within this theme. I think  prefer the cityscape background a lot softer, with the light brown versus the blue. It feels more within my palette and feels more like it is a background instead of popping forward so much. Also, I should have toned down the green on the grass; it came out a bit brighter than I wanted. And I think in the next one, I will draw it larger so I can explore an even more complicated and chaotic scene. Then it will really feel like the big city! 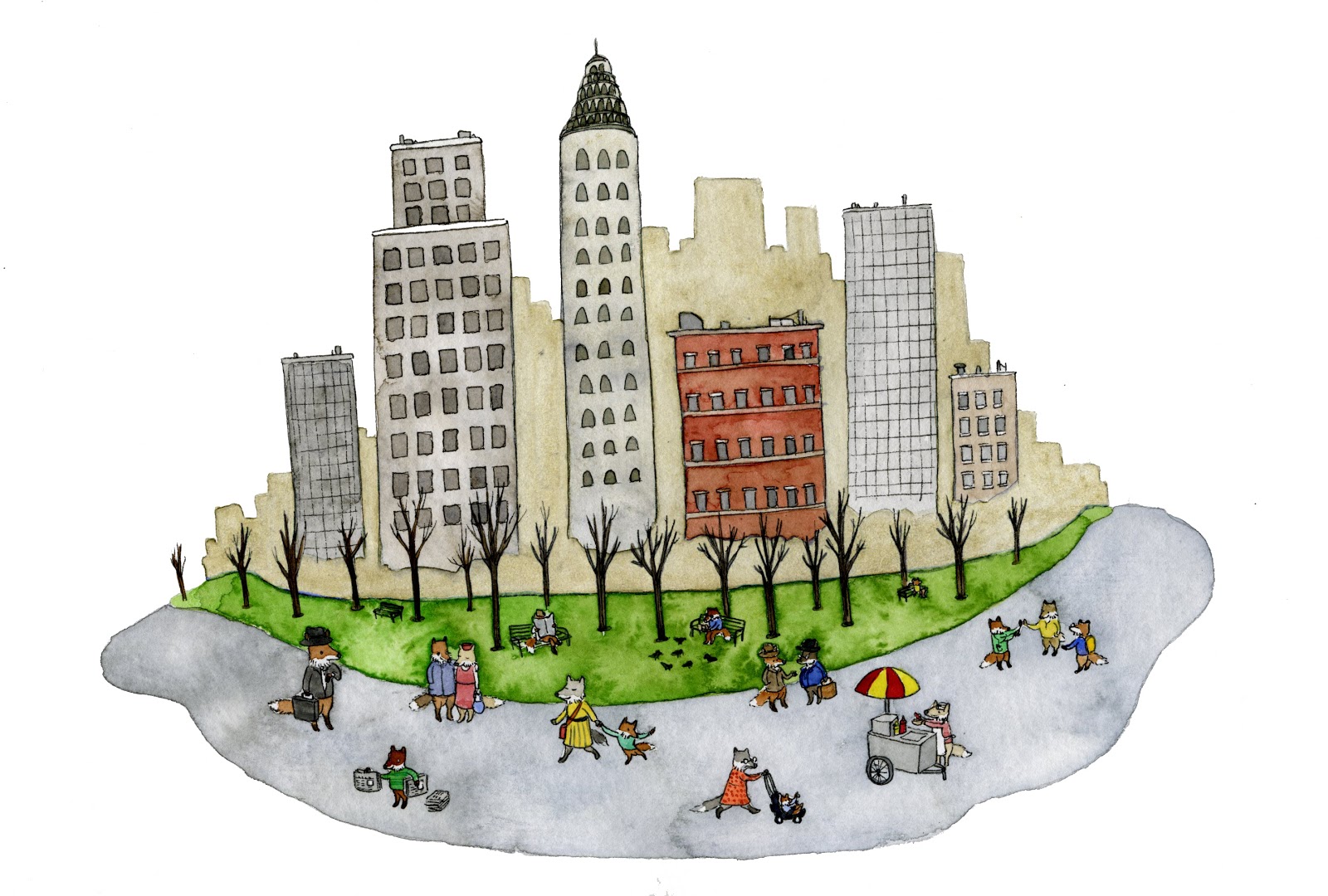 I also wanted to see how it would feel in sepia and just black and white. I think these would be fun and worth exploring by painting some similar images just in these monochromatic tones. 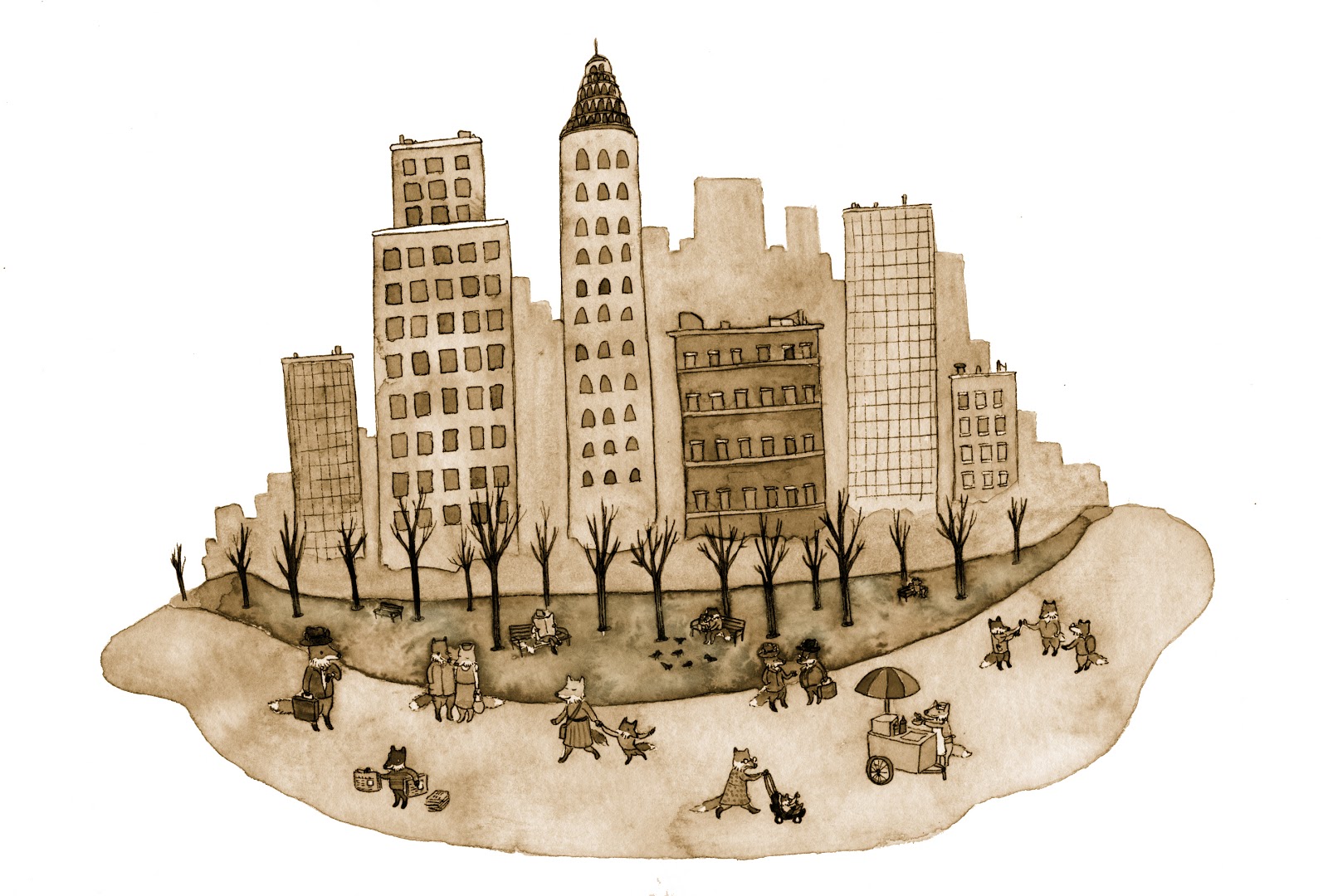 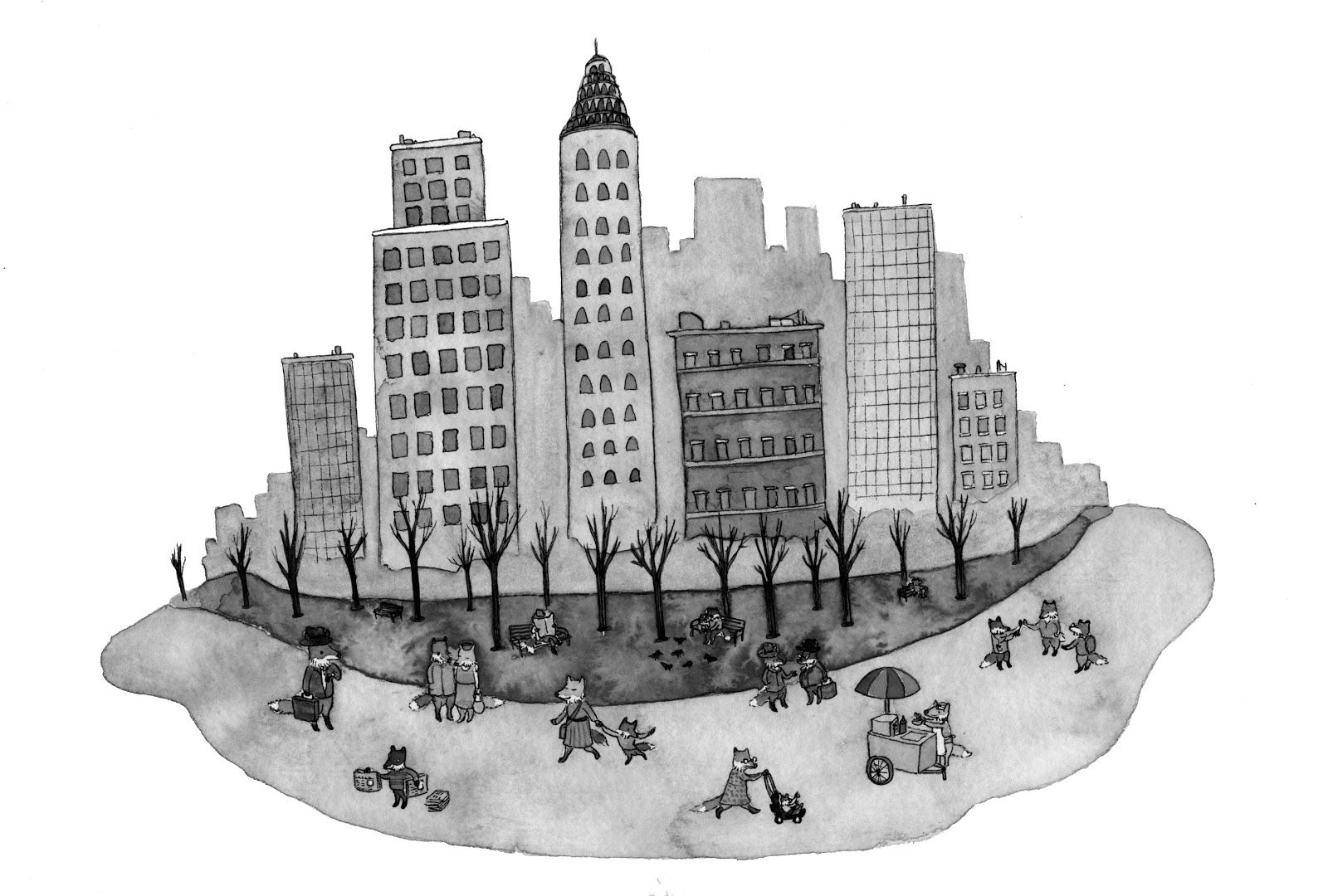 If you have any thoughts let me know! I have also been studying one of my favorite painters lately, Pieter Bruegel The Elder. I LOVE his work and have always been very inspired by his compositions, palette and details. As I study his work more, I hope to be able to invoke and bring more of his elements of fun, depth, and storytelling to my own work. Thanks for looking!

It's been a fun and fast week in Seattle with visiting family and I'm just getting back into the swing of things.

I have been thinking about Paris a lot. After going there last spring, I am constantly reminded that a part of me is still there. So in line with my dreams of Paris, I thought I'd watch Midnight In Paris and paint a little picture of a un petit renard enjoying un café et des macaroons. 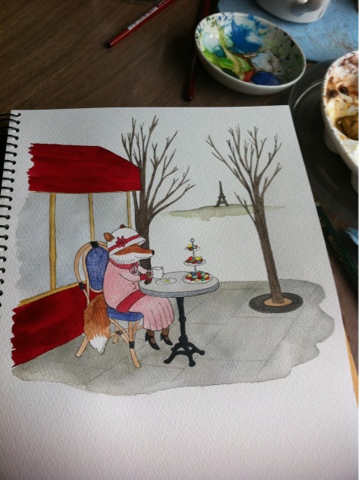 Hey all!
If you've seen some of my previous posts, I occasionally find a great score of the Little Golden Books. I'm always looking for the classic illustrators usually from the 50's and 60's. I was in great luck to find these treasures at a local antique mall while on a stay-cation with visiting family this week. I picked up some books illustrated by J.P. Miller and Art Seiden, and my favorites: Richard Scarry and Aurelius Battaglia.

Aurelius Battaglia had such a great style and talent for composition. He did some animation for Walt Disney Studios in the 30's and 40's among his other numerous illustrative endeavors. He even made his own animated short "The Invisible Mustache of Raoul Dufy" (which I couldn't help but hunting down on the Internet and buying many years ago). I really love the quiet depth to his work and his exciting unique style. Its so fun yet subtly sophisticated and full of fine art painting and design qualities. It's always a thrill to come across his work in books, and nearly impossible for me to pass up buying. So look him and up become a fan! 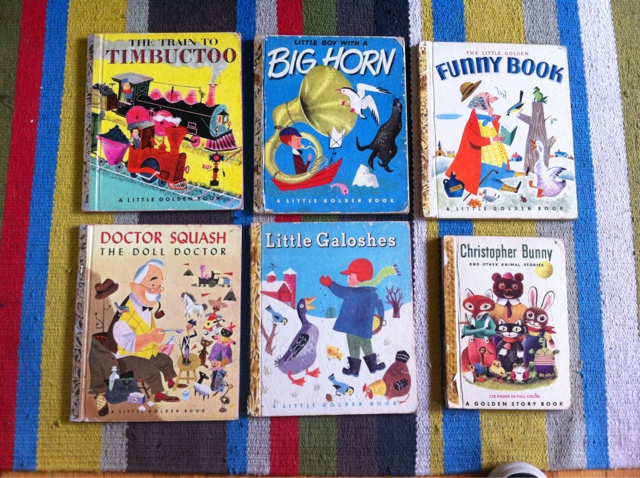 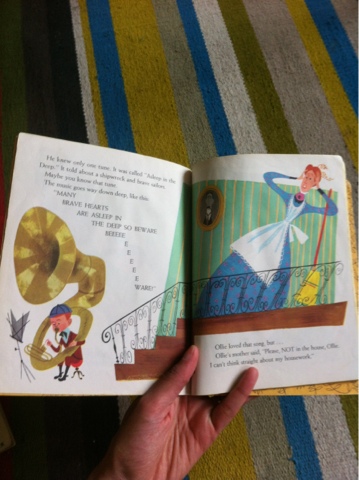 Posted by Jessixa Bagley at 2:43 PM No comments: